“The Trial of the Chicago 7″ director Aaron Sorkin and the film’s cast will receive the Vanguard Award from the Palm Springs International Film Awards.

Past recipients of the ensemble award include Academy Award winners for best picture, such as Peter Farrelly’s “Green Book” and Guillermo del Toro’s “The Shape of Water.” The Vanguard Award is a group honor distinguishing a film’s cast and director in recognition of their work on a superb film project.

The drama follows the fallout and the infamous trial after what was intended to be a peaceful protest at the 1968 Democratic National Convention turned into a violent clash with police and the National Guard.

Though the Palm Springs Film Festival and gala ceremony will not return until 2022, the festival will honor excellence in film this year at a tribute airing on “Entertainment Tonight” Feb. 11 and Feb. 25. The festival also plans to move ahead with the Palm Springs ShortFest in June. [Source]


‘The Trial Of The Chicago 7’: Behind-The-Scenes Clip

The Trial of Chicago 7 writer-director Aaron Sorkin takes us behind the scenes of his Oscar-buzzed Netflix drama to spotlight the impressive roster of actors that brought this film to life.

In the video above, Sorkin is joined by stars Sacha Baron Cohen, Eddie Redmayne, Yahya Abdul Mateen II, Joseph Gordon Levitt, Jeremy Strong, John Carroll Lynch and Frank Langella as they talk about working as an ensemble in a film that is all-too-relevant for today’s social and political landscape.

Based on a true story, Trial of the Chicago 7 dramatizes the events of the 1968 Democratic National Convention, which started off as a peaceful protest but unraveled into a violent clash with police and the National Guard. The organizers of the protest—including Abbie Hoffman, Jerry Rubin, Tom Hayden and Bobby Seale—were charged with conspiracy to incite a riot and the trial that followed was one of the most notorious in history. [Source]

Multimedia The Trial of the Chicago 7 0 comments


SAG Predictions: Best Cast Ensemble – ‘The Trial of the Chicago 7’ Could Go the Way of ‘Spotlight’

Netflix seems to have three robust contenders for the top prize with the actors guild. “The Trial of the Chicago 7” and “Mank” feel like they could be no-brainers while the plethora of film and television talent in “The Prom” should be a safe bet this early. Expect Amazon Studios to keep the pedal to the floor for “One Night in Miami” while “Minari” may hit a sweet spot with voters. This space will be the first real test for “Nomadland” to see how strong it really is. [Source]

AND THE PREDICTED NOMINEES ARE:

Alerts News The Trial of the Chicago 7 0 comments

Taking a page out of the playbook that brought the ensemble film Spotlight two supporting acting nominations en route to a best picture Oscar win, the entire cast of The Trial of the Chicago 7 — among them Yahya Abdul-Mateen II, Sacha Baron Cohen, Michael Keaton, Frank Langella, Eddie Redmayne, Mark Rylance and Jeremy Strong — will be pushed for awards in the supporting actor category, The Hollywood Reporter has learned from sources close to the film.

The period piece drama, which was written and directed by Aaron Sorkin, has generated rave reviews from critics and, since dropping on Netflix on Oct. 16, widespread buzz among the general public, with strong notices spread among its numerous well-known actors — some of whom, such as Cohen, have more screen time than others, like Keaton, who essentially makes a glorified cameo.

Trial of the Chicago 7 is an obvious leading contender for the best ensemble SAG Award. But, in terms of positioning its individual performers, a situation like this can play out in different ways. For instance, Netflix has another 2020 ensemble film, Spike Lee’s Da 5 Bloods, but the preponderance of reactions to it have hailed Delroy Lindo as the cast’s main standout, hence the decision to position him as a lead actor and the rest of the cast as supporting actors. But with Trial of the Chicago 7, there was no clear lead or runaway favorite.

In my unscientific assessment, Baron Cohen, for his portrayal of Abbie Hoffman, probably has slightly more buzz than his castmates (and may have curried additional favor with those who have seen his completely different performance in the new and popular Borat Subsequent Movie). But in this most unusual year, with the pandemic sidelining many would-be contenders, the supporting actor category is relatively thin, which leads me — and apparently those associated with the film — to believe that they might be able to snag multiple noms. END_OF_DOCUMENT_TOKEN_TO_BE_REPLACED 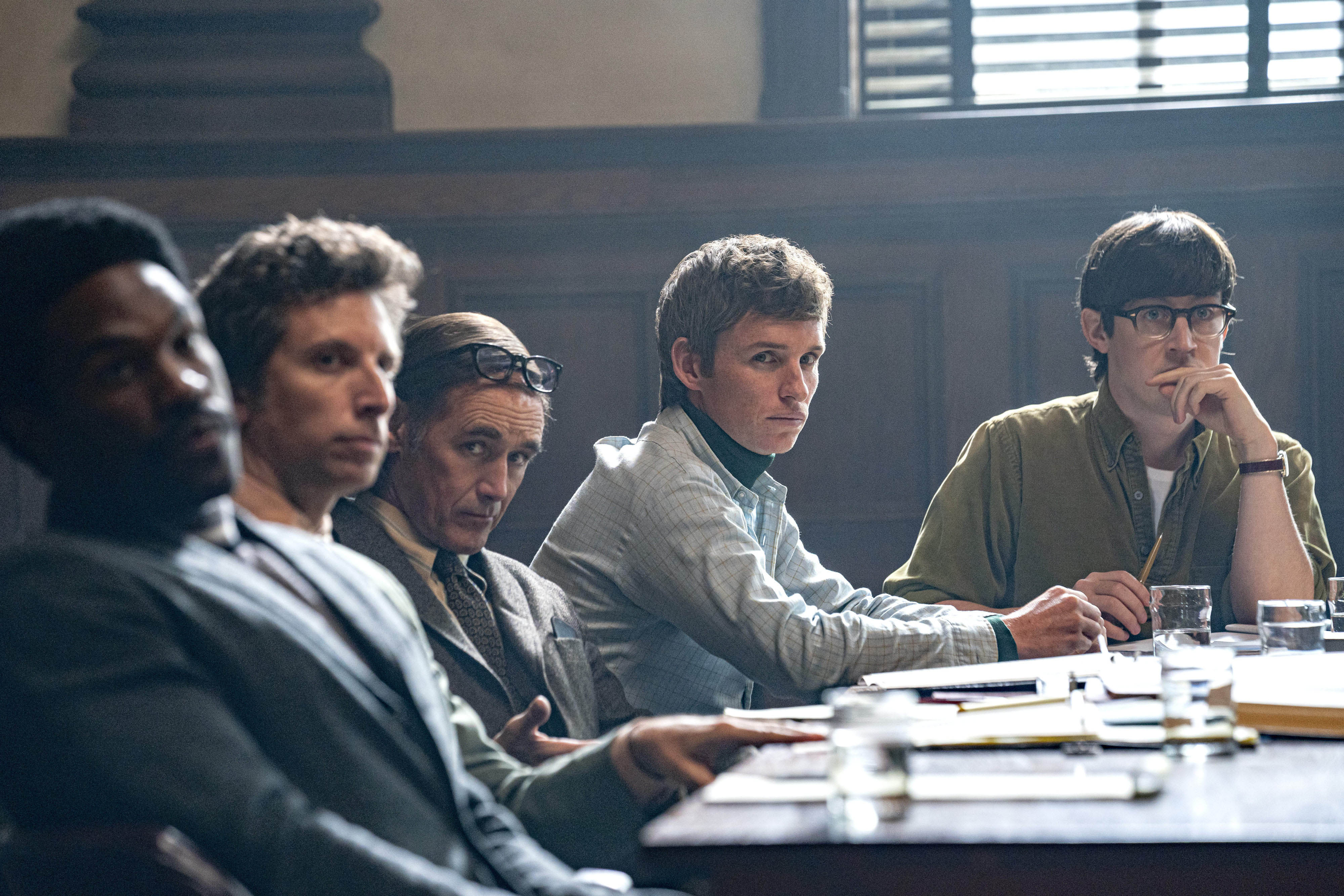 Streaming giant Netflix has closed a worldwide rights deal for Aaron Sorkin’s star-studded “The Trial of the Chicago 7” from Cross Creek Pictures for release later this year.

Variety first reported on June 20 that Netflix was in negotiations for the property. The drama recaps the trial that followed what were intended to be peaceful protests that turned violent at the 1968 Democratic National Convention in Chicago. The organizers of the protest — including Abbie Hoffman, Jerry Rubin, Tom Hayden and Bobby Seale — were charged with conspiracy to incite a riot.

Netflix is expected to release “The Trial of the Chicago 7” as a potential awards contender. With its political themes at the center of the story, it would not be a surprise if the movie is released prior to Election Day on Nov. 3. [Source]

Visit our photo gallery with over 24.890 photos and growning often!
Site Stats & Disclaimer